Fail Your Way to Success 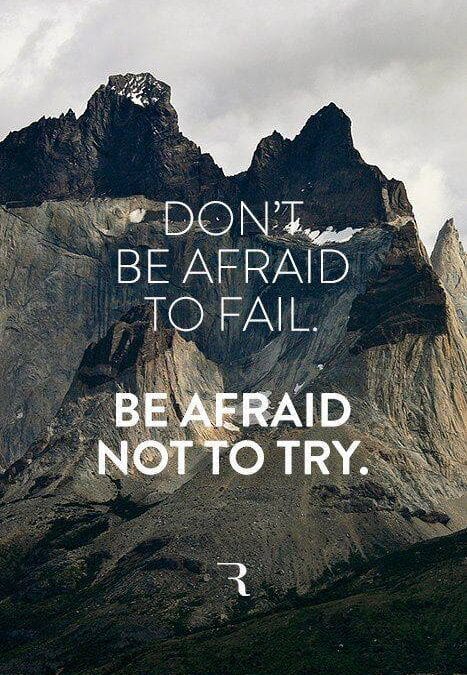 As a business coach one of the things I need to do is get my clients to try new things to see if they work.  They need to get out of their old habits and discover new ways to success.

Over the past week, I have been learning more about failing my way to success than I have in my life. One of mentors John Maxwell released a book “Sometimes You Win, Sometimes You Learn”. Then, I was given a CD to listen too called ‘Life is a Layer Cake’ by Chris Brady. And I read a quote by Colin Powell  “There are no secrets to success. It is the result of preparation, hard work, and learning from failure”. So what does this all mean?

So, if there are no real secrets to success as Colin Powell states, then why are so few people really successful?

I believe it really is the fear of failure. I know as I grew up I was told to try things, but I was punished if I failed. I was told I needed to be that straight “A” student to get ahead.  At work, I couldn’t make a mistake or I could be fired. To me, it is no wonder as to why so many people stay where they are.  They still FEAR failure.

As a fisherman I have learned that every outing and even every hook up does not lead to success. My good friend and mentor Denny Blue used to say “That is why they call it Fishing, not Catching”. I learned early that I had to examine what I was doing and continue to do what was working and quit doing what wasn’t. But the only way I could figure out what wasn’t working was to try something new.

It has been said that Thomas Edison failed over 10,000 times in his quest to make the incandescent light bulb, but each of those failures eventually lead to his success.

In your business or career what are 3 new things you could do different for the next 90 days to test and measure to see if they work?

To move towards success big giant steps are not required. It is the small steps compounded that move you to where you want to go.