If You Fish With a Hot Dog You Might Catch Something! 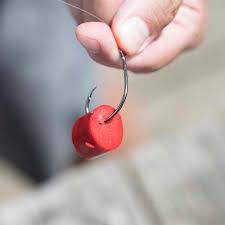 I remember when I was a kid, I occasionally caught a fish while fishing with a piece of hot dog, but I soon found out that didn’t happen as often as I would like. I often wondered why, and it wasn’t until I started watching TV fishing shows and reading magazines that I figured out that I actually needed to target different species of fish and fish specifically for them. Once I became focused on what I was specifically trying to catch, my success rate increased. I occasionally caught other non-targeted species, and these were great additions to my target. I finally understood Market Dominating Position!

When I initially got into business, my success was very similar to that child sitting on a dock, dunking a hot dog under a bobber. I sold something occasionally, but I never really targeted whom I was selling to and why I was selling to them. I had no idea what my marketing dominating position was!

Are You Targeting EVERYONE?

Like a lot of people, I attended a lot of networking events – you know the ones. Instead of trying to build a network of strategic alliances, you had people try to sell you their product. One of my favorite things to do was ask those people who their target prospects were and 100% of the time I got the hot dog under the bobber answer: “EVERYONE!” I laughed. They were just like the 5-year-old Mike, sitting on a dock dunking a hot dog under a red and white bobber, hoping to catch something.

In the fall of 2012, I was on a webinar. The host shared the perfect exercise on how to target your clients with laser type precision. He said, “I am only going to give you one way to attract clients, and that is via billboard. It will be placed in a busy part of town where the speed limit is 20 miles per hour. Now you have 20 seconds to grab your customers’ attention. Who are they and what will get their attention enough to reach out to you?”

My mind started racing, and I was focused on trying to figure out who to focus on. This was in the In-Fisherman TV show. I now knew that I had to become targeted on who my target market was. Were they Men? Women? Young? Old? The possibilities seemed endless, but I knew they were very important.

My question to you, my reader, is this:

How targeted are you in your sales approach? Are you going after the exact client base you want, or are fishing with the hot dog hoping to catch something?

Fishing and business can be both easy and/or complicated. You can chase steelhead in the Pacific Northwest with a spey rod with its elaborate casts and flies, or you can catch bluegills with your child using a worm and a small hook. One of the most memorable fish that I caught was a 40lb Mahi-Mahi in Islamorada, Florida. We saw the fish and knew exactly what the target was; we chose the proper gear for the fight and a live ballyhoo as bait. From there it was simple; put what the fish wanted to eat in front of it and it ate. When it comes to business, once you know exactly who your clients are and what they want, you can easily give it them. That is your Market Dominating Position!